Arrogant Frogs and more than ever the best !!! We meet up for the 3rd star 😉
Read More

Thanks to Lissie Rustage who lives in Somerset Tasmania. She just wanted to share a photo she took of our Arrogant Frog wine in the surf, with Table Cape in the background. I love your wine and encourage all the friends to drink it too.
Read More

From Snow bunnies to Ski Frogs, celebrate the simple pleasures of winter with a cup of vin chaud!
Read More 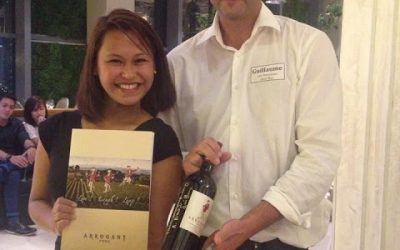 Wine tasting in Manila at Le Jardin in BGC

A great article from Beng Fontiveros, Escape Manila Correspondent about our wine tasting evening in Manila in June. 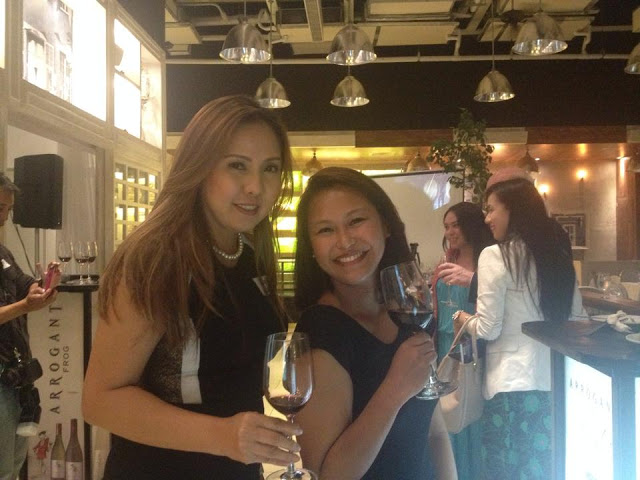 “As for me, my personal favorites were the Elegant Frog Viognier, and Arrogant Frog Sauvignon Blanc for white wine, and Elegant Frog Cabernet Sauvignon for red wine. Liking two variants from the whites was a pleasant surprise for me since I am a red person. I never thought I would enjoy it as much as I did.” 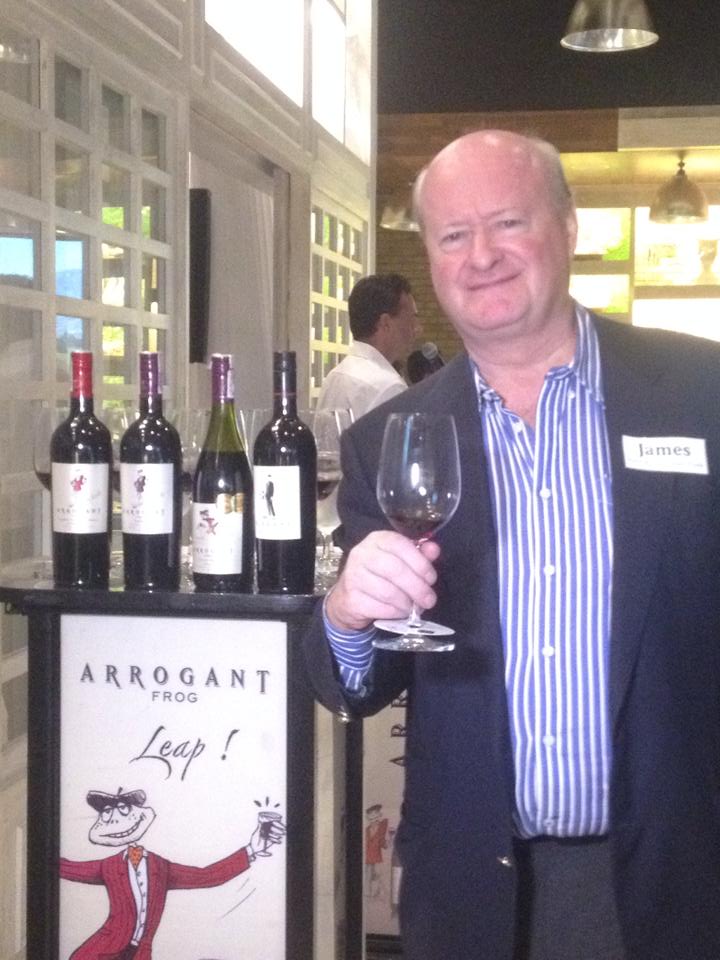 You can read full article on the Escape Manila website here :
http://www.escapemanila.com/2015/07/arrogant-frog-wine-tasting-and-press-launch.html

Ready to celebrate my 10 years old during the International Wine and Spirits fair Vinexpo, in Bordeaux, western France. 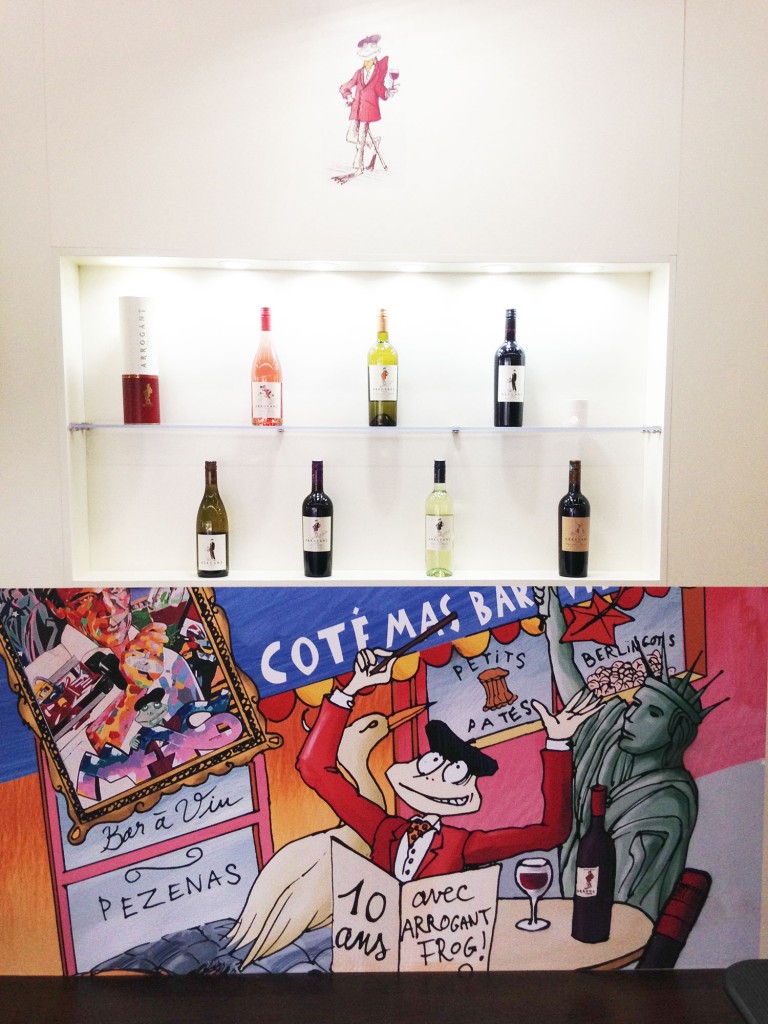 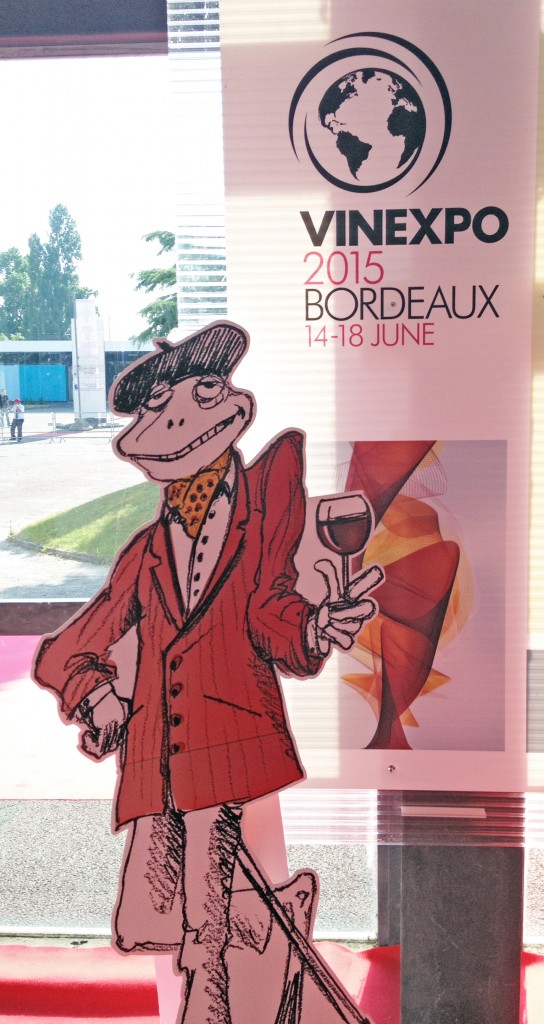 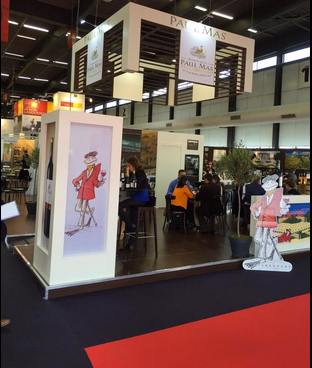 Paula Torres : Tutti Frutti a red Cabernet to pair with lamb or beef

Arrogant Frog Tutti Frutti Rouge, this is a pretty good French Cabernet specially if you are eating lamb or beef https://t.co/lGnqWjFDnI

TBH THIS WINE IS MY FAVE JUST BECAUSE IT HAS A FANCY ARROGANT FROG AS A LOGO. Makes me wanna draw it haha pic.twitter.com/PAM44wwEaj

.@_ArrogantFrog_ – Typically French wines that leap out of the glass with attitude: http://t.co/7AAxs0VHEF #wine pic.twitter.com/JU8pd3XAda 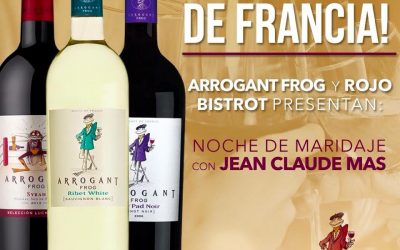 Arrogant Frog, in the glass and in the plate at Côté Mas

A so delightful plate to discover in our Wine Bar at Côté Mas, frog legs fried and served with a garlic cream and a glass of Arrogant Frog of course. You should try on Monday and Tuesday only, at lunch and dinner ! 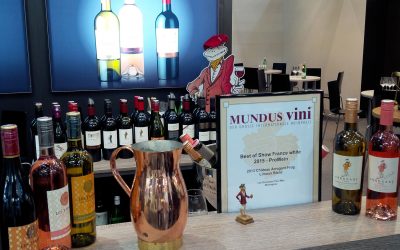 Prowein 2015 We are on Pellegrini booth 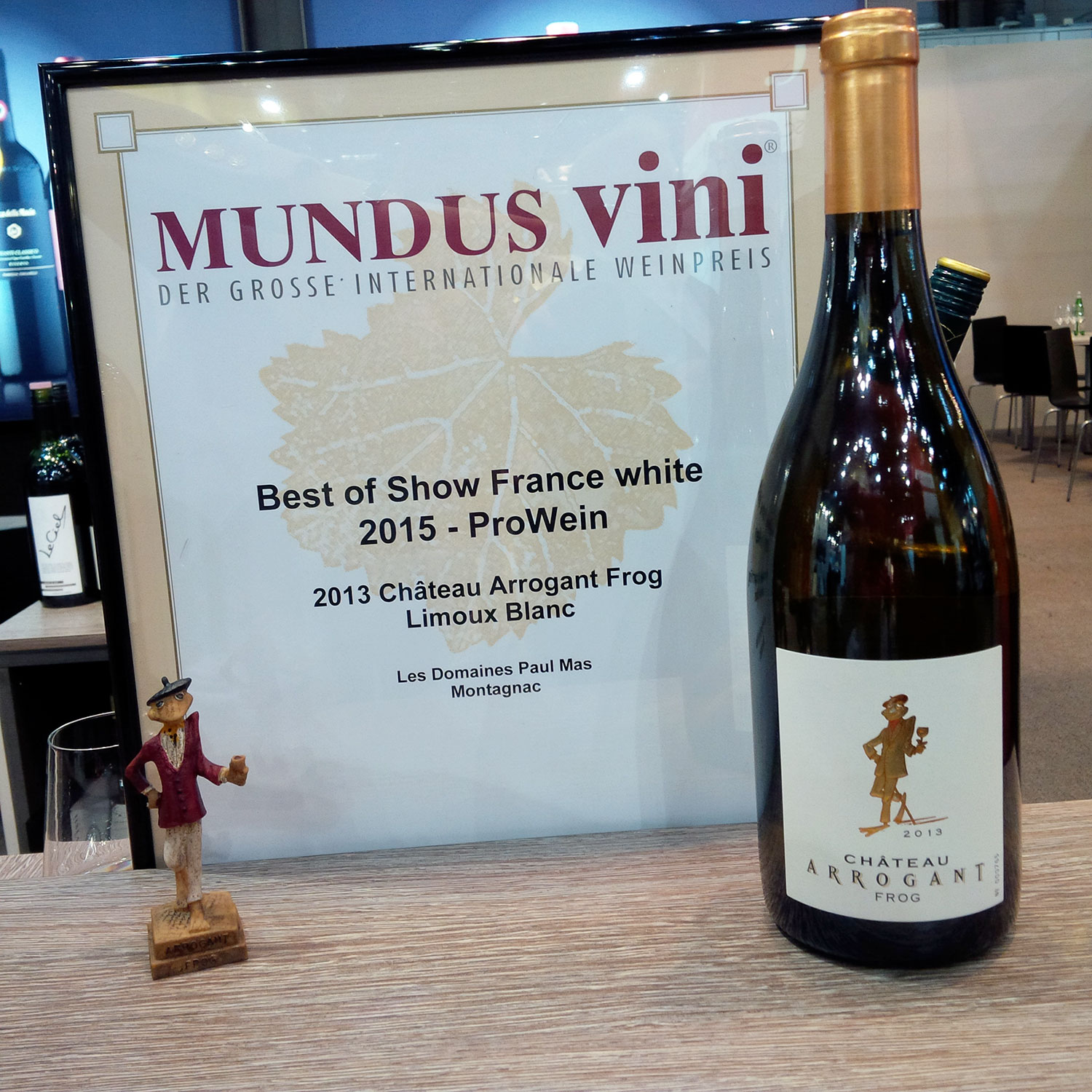 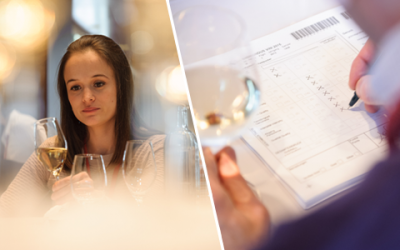 The MUNDUS VINI Grand International Wine Award Spring Tasting has come to an end, with 38 Grand Gold, 731 Gold and 946 Silver medals awarded. A 150-strong international jury tasted and judged wines from almost 40 winegrowing countries over a period of three days.

A selection of the winning wines will be presented to a professional audience in the Tasting Zone of the world’s largest wine fair, ProWein, in Düsseldorf (15 to 17 March, 2015); the Tast-ing Zone now covers an area of 700 square meters. This is where the special awards will be personally presented to the winners, on the first day of the fair.

MUNDUS VINI was founded 15 years ago by Meininger Verlag publishing house and has become one of the world’s most significant wine competitions with a lineup of more than 8,000 wines. 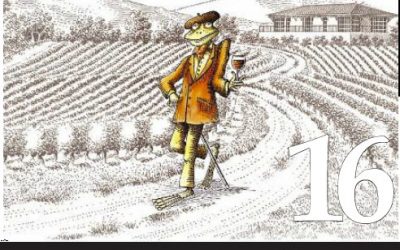 Paul Mas are named at the 16 position in the World’s Most Admired Wine Brand by Drinks International.
More than 200 of the world’s top masters of wine, sommeliers, educators and journalists took part in the annual poll, which pits wine brands from all regions, styles and qualities against each other. 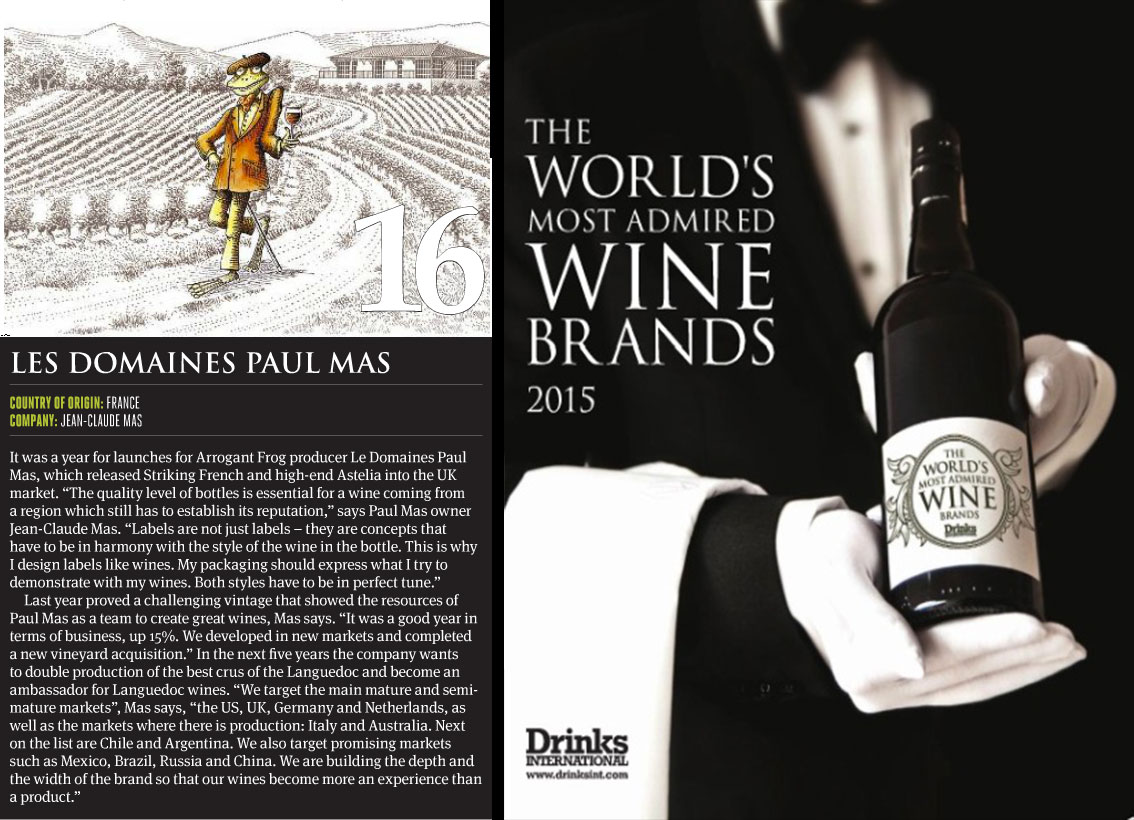 From the Magazine DRINKS INTERNATIONAL :

“The Academy of masters of wine, sommeliers, educators and journalists has increased slightly to 202 and the number of winning winemakers recognising Most Admired Wine Brands in their marketing has increased exponentially.

The voting criteria and methodology are unchanged. Once again academy members had three choices and were provided with a list of previous winners and other well-known brands.

Should their admired brands fail to appear in the list, the members put forward their own for inclusion.

They were also able to give reasons for their choices or remain anonymous if they wished.

The list shows a diversity of styles as Academy members were asked to base their three votes on the following criteria:

Your next stay in Languedoc to taste our everyday luxury